In some countries, the increase in the youth population is connected to greater criminal activity. In the case of Colombia, different studies support the idea of providing socio-economic possibilities for young people to avoid being linked to illegal and criminal activities. Based on these precedents, this document examines whether the increase in the youth population in Colombia is directly connected to municipal crime during 2000-2010, a period in which those born in the 1990’s reached their teenage years and could participate in urban crime. For this study, economic and other variables of total and juvenile population are constructed for youth between the ages of 15-24, as well as variables in population density and political polarization incorporating the crime index proposed by (Durán, López, & Restrepo, 2009). The proposed model estimates that youth population density, population growth, conflict actions and political polarization are associated with an increase in crime. Also, greater development and political polarization can lead to an environment of less crime. 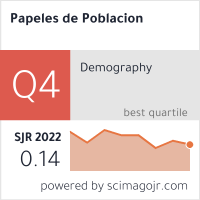